The application field of PLASIMO ranges from non-flowing plasmas, to subsonic and supersonic flowing plasmas. This implies that the calculation procedure for the flow field should handle incompressible and compressible flows, from Mach number M = 0 to M > 1. PLASIMO uses a modified version of the well-known Semi-Implicit Method for Pressure-Linked Equations (SIMPLE) [1]. The co-located grid method developed by Rhie and Chow [2] is used, together with the momentum-interpolation scheme at the control volume faces of Majumdar [3]. To describe incompressible as well as compressible flows the formulation of the pressure-correction equation according to Karki and Parankar [4] is used.

Capabilities of PLASIMO's flow solver and the correctness of its implementation are presented by benchmarking against well-established analytical and numerical test cases. 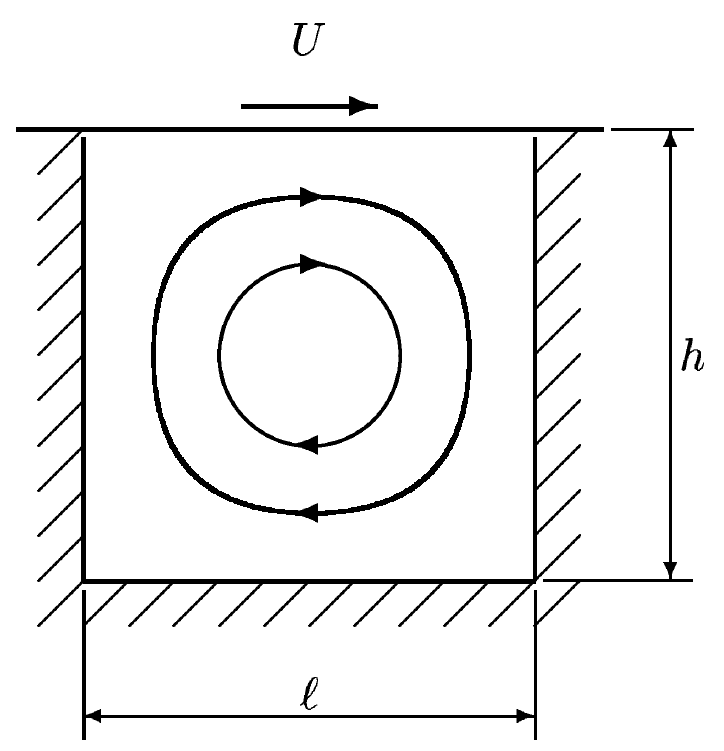 The driven cavity problem is a classical benchmark test problem and has long been used as a test case for Navier-Stokes solvers thanks to its simple geometry and boundary conditions.

This test models flow in a square box which is driven by the motion of the lid of the box. The two-dimensional square cavity has no slip boundary conditions on all walls, the flow being driven by the top wall sliding across the cavity whilst the side and bottom walls are static.

The figure below shows a comparison between PLASIMO's results and the results obtained by [5] for Reynolds number of 1000. 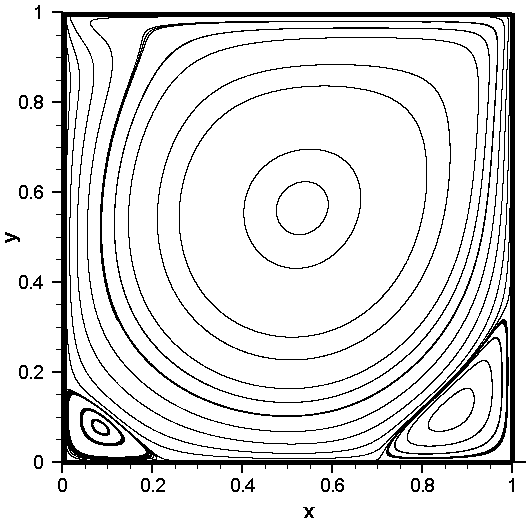 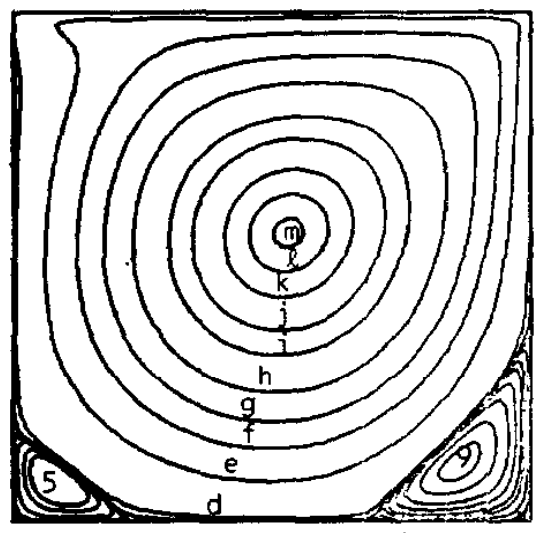 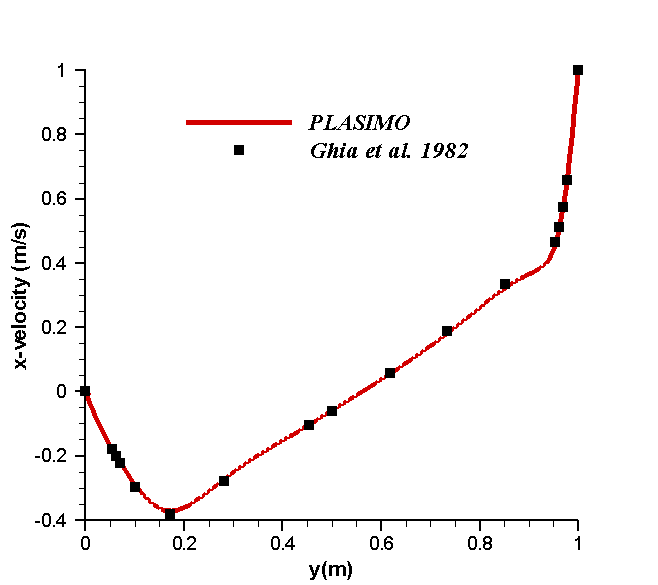 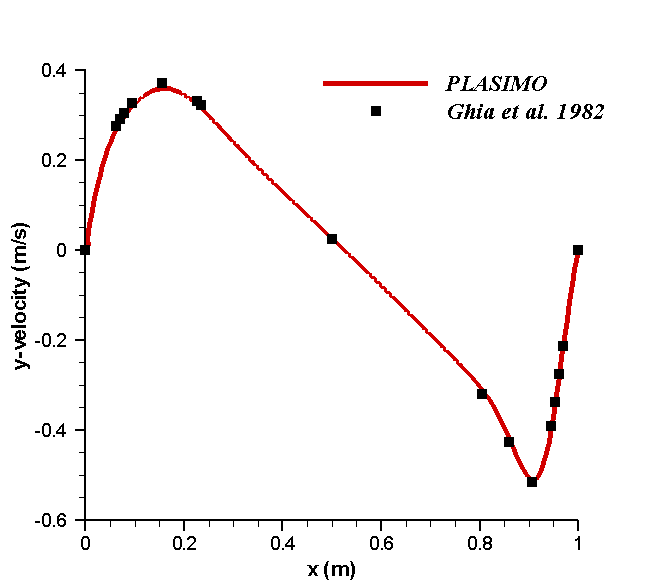 Confined swirling flow inside a cylinder

Laminar swirling flow is produced by a rotating bottom of a closed cylinder. The fluid, which completely fills the cylinder, is incompressible, of uniform density and a constant kinematic viscosity [ 6 ].

The figure below shows a comparison between PLASIMO and Ref. [ 6 ] of the azimuthal vorticity. 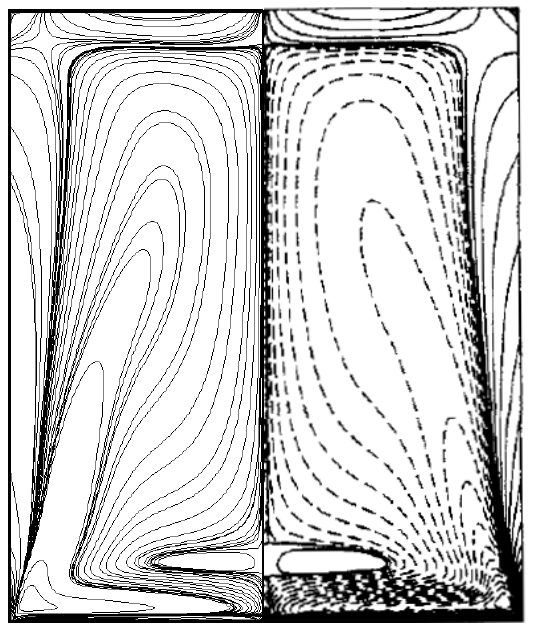 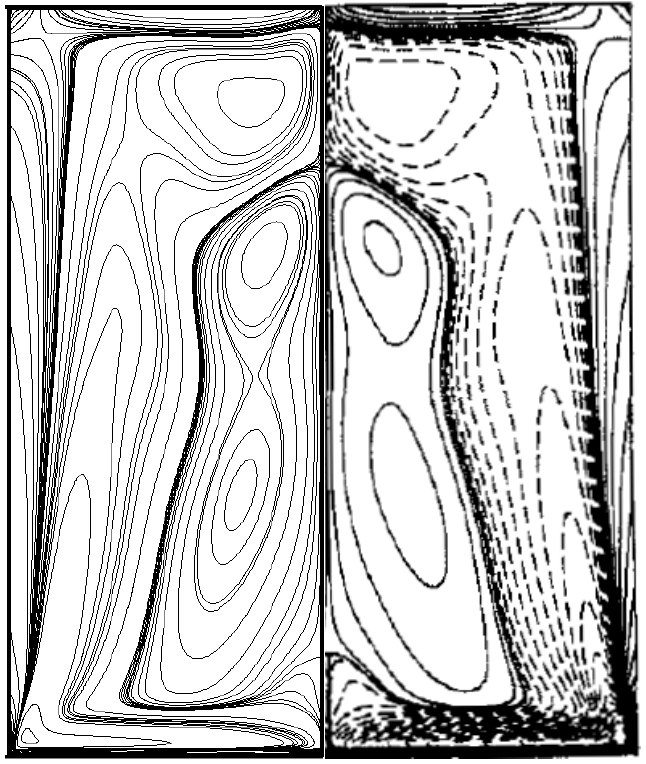