A novel electromagnetic (EM) model was developed using the PLASIMO with the aim to study different microwave induced plasmas. In this study, the EM model is coupled to the fluid non-Local-Thermal-Equilibrium (non-LTE) description of a discharge (flow, temperatures and species densities), and it allows the construction of a 2D self-consistent multiphysics model for microwave induced plasmas.

The surfatron is a well known plasma source. It consists of a microwave cavity, i.e. the Surfatron, around a plasma-quartz tube. The Surfatron posses an inner slit that allows the coupling of electromagnetic energy to the plasma via surface waves. These surface waves propagate along the quartz tube allowing the creation of plasma further away from the surfatron and, at the same time, the propagation of the surface wave in self-consistent manner. The plasma column ends when there is not enough power to sustain it. 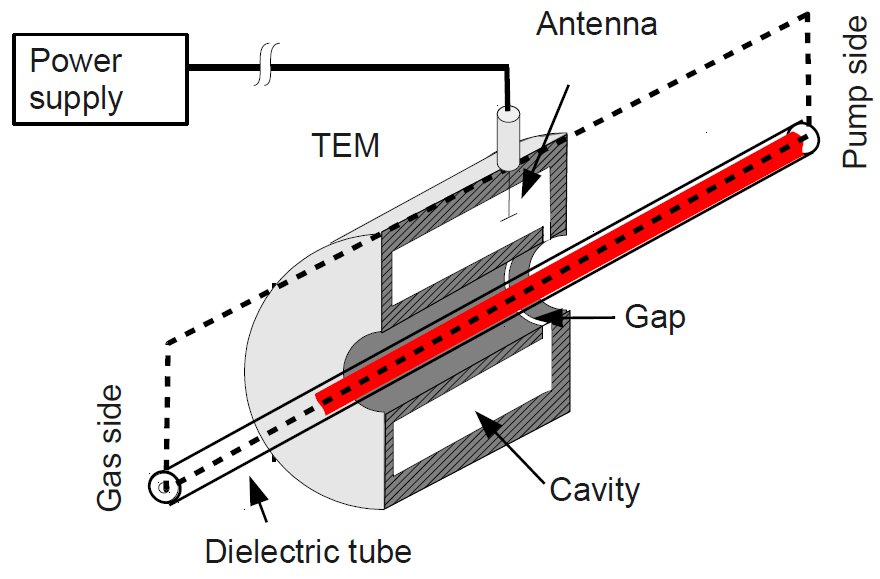 PLASIMO is used to describe the plasma generated with this source and it permits, for the first time, the study of the differences between the plasma surrounded by the surfatron cavity, i.e. the inside plasma, and the plasma in front of it, i.e. the outside plasma. 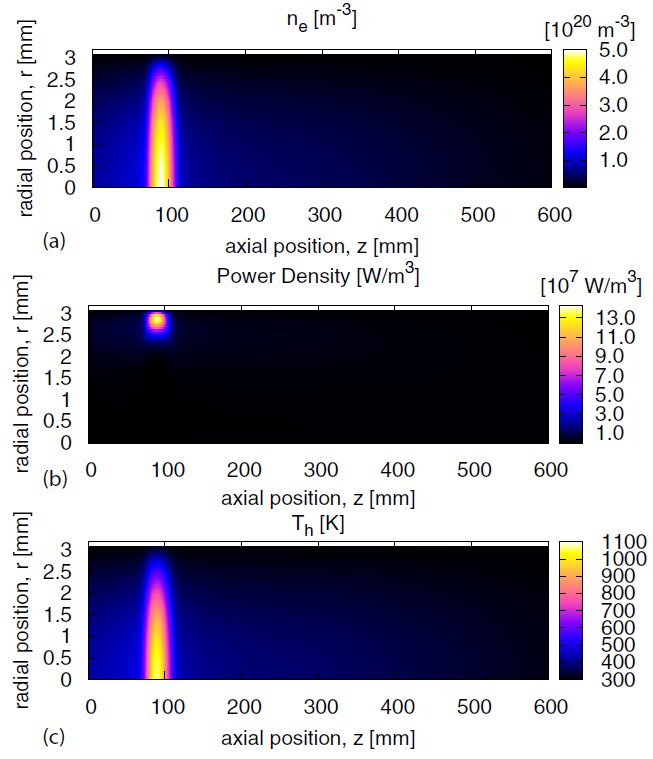 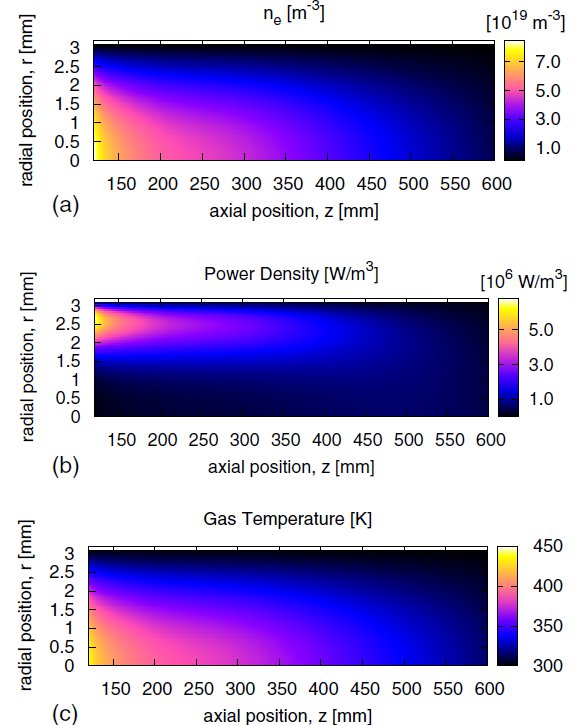 It also allows the study of the transition from diffusion controlled towards dominant volume recombination electrons losses regime, as is shown with the simulation results with pressure values changing from 660 to 8800 Pa for an argon plasma with a radius of 3 mm and a microwave frequency of 2.45 GHz. The modelling results are compared with experimental measurements of the electron density and temperature and an excellent agreement is found. 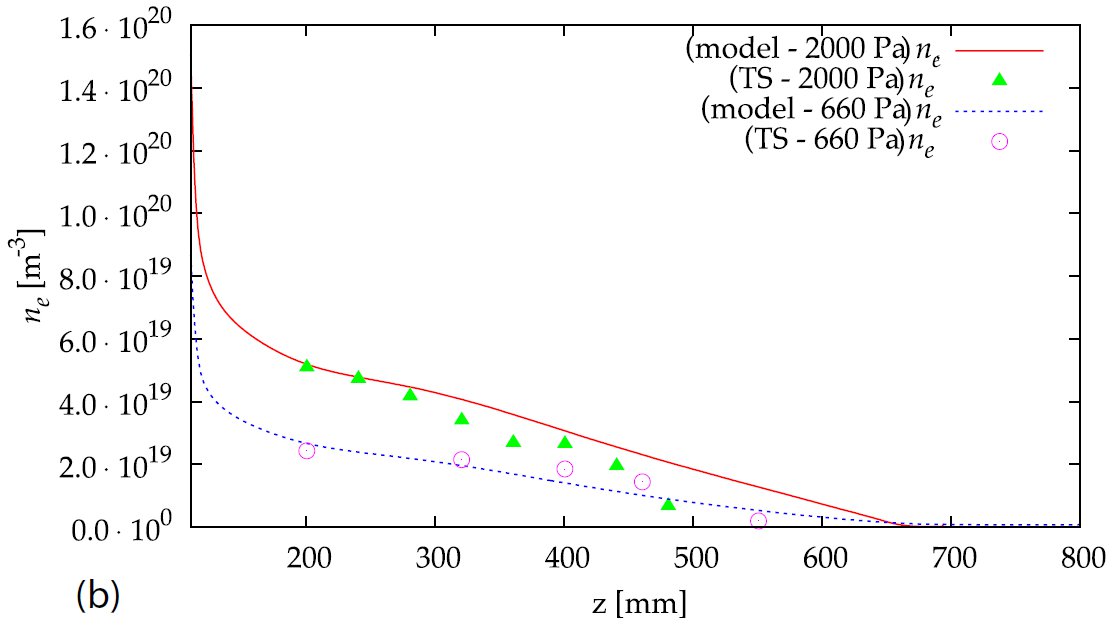