In the coaxial configuration, the energy is coupled via a coaxial waveguide inserted into the plasma chamber. A quartz tube substitutes the outer conductor of the waveguide. The plasma formed around the quartz tube acts as an outer conductor in such a way that a spatially extended surface wave is created, just in an equivalent ('inverse') situation to that found in the Surfatron source (where the plasma is inside the tube instead of outside).

This plasma source is studied using PLASIMO. The EM module is coupled to the fluid non-local-thermal-equilibrium (non-LTE) description of a discharge (flow, temperatures and species densities), and it allows the construction of a 2D self-consistent multi-physics model for microwave induced plasmas. 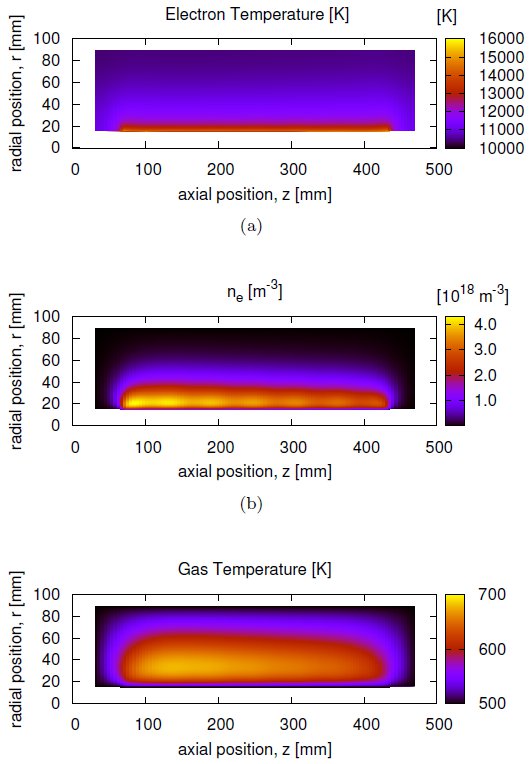 A radial localization of electron density in coaxial plasma waveguide is observed. The simulation results are compared with experimental results. A very good agreement is reached. The figure below shows the radial plasma localization at pressure of 8 mbar. 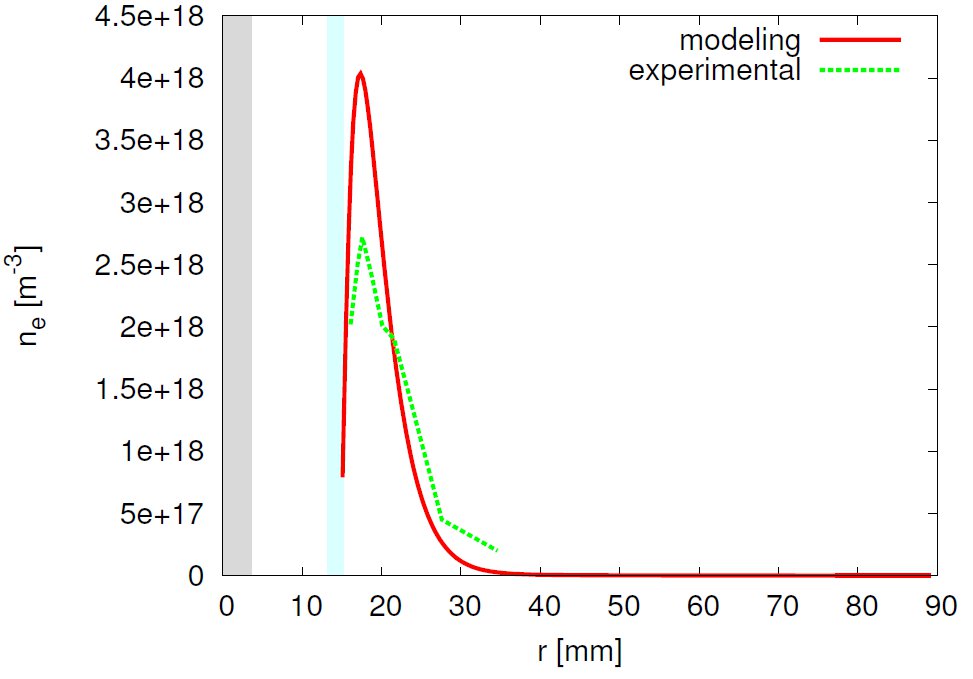 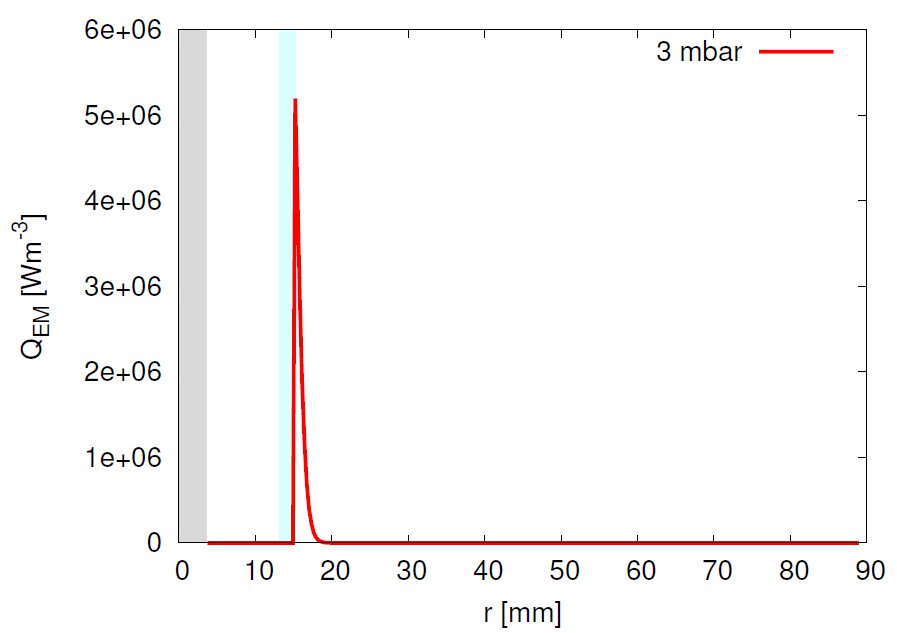 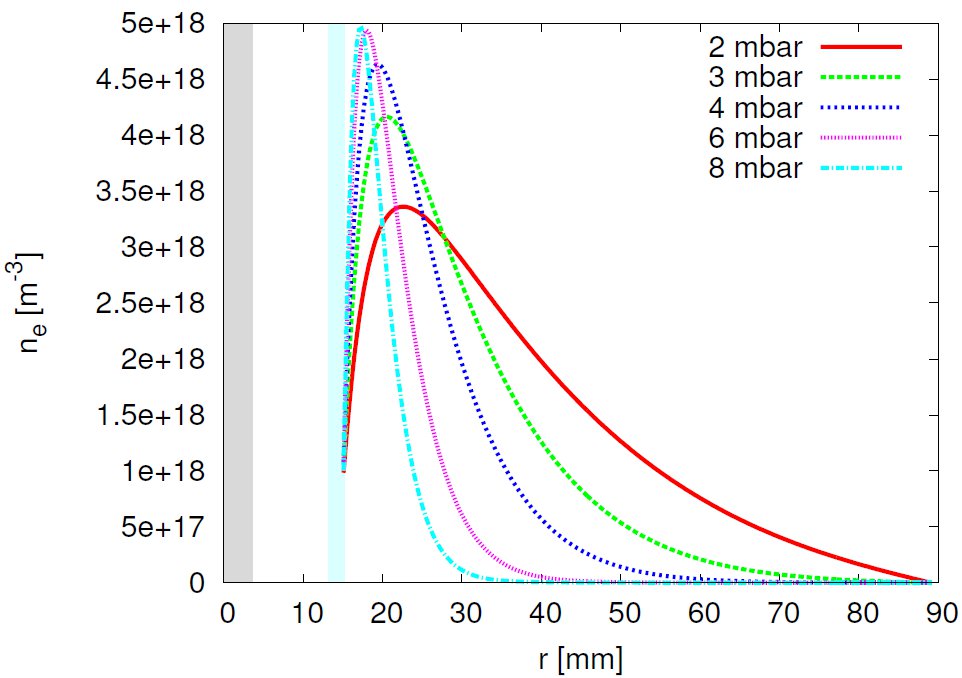