Hollow cathode discharges (HCD) are widely used as active media for large variety of metal vapor ion lasers with wavelengths extending from infrared to as short as 224 nm. The metal vapors are commonly produced via sputtering of the cathode material and the population inversion is realized typically through charge exchange collisions between the sputtered metal atoms and rare-gas ions such as He+ and Ne+. The HCDs, as no other discharges, are known by a great diversity of geometrical configurations. It is known that the geometry of the electrodes and their mutual position has a strong effect on the operating characteristics and hence the discharge stability and discharge uniformity.

The aim of this study is to optimize the operating conditions and the hollow cathode configuration in order to improve the laser performance and to build a reliable and efficient sputtering metal vapor laser. To that end a stable and uniform active medium must be obtained in order to increase the excitation efficiency which will greatly contribute to increase the laser gain and laser power.

PLASIMO is used to construct a model that facilitates in-depth studies of the plasma behavior and is used to find the optimum location in parameter space for the operation of sputtering hollow cathode discharges. The time dependent drift-diffusion model is used to describe the behavior of the plasma species. It is based on the fluid approach, solving the mass, momentum and energy balance equations together with Poisson's equation. The drift-diffusive model was extended with an implementation of a wall-sputtering module and was used as a tool to optimize the discharge conditions and the hollow-cathode geometry.

The configuration that is considered consists of a copper cylindrical hollow cathode bounded on either side by a thin dielectric ring and an anode ring of the same inner radius. The geometry is symmetric around the center of the cathode (both axially and azimuthally). A DC voltage of a few hundred volts is applied between the cathode and the anodes to sustain the discharge. Copper is chosen as cathode material and the discharge operates in He with small admixture of Ar that has been added to increase the sputtering efficiency. The experimentally determined optimal conditions for lasing of the IR copper ion line (780.8 nm) are used as input conditions for the simulation model: 5% Ar concentration and total gas pressure of 2.3 kPa.

Experimentally and numerically was observed that in this configuration, the discharge develops non-uniformities in axial direction in such a way that intense plasma regions are formed close to the anodes, while the central part of the cathode remains inactive. Moreover, it was observed that the non-uniformities are not influenced by the gas composition, the pressure of the metal vapors and the input current. They are mainly dependent on the dimensions of the hollow cathode. 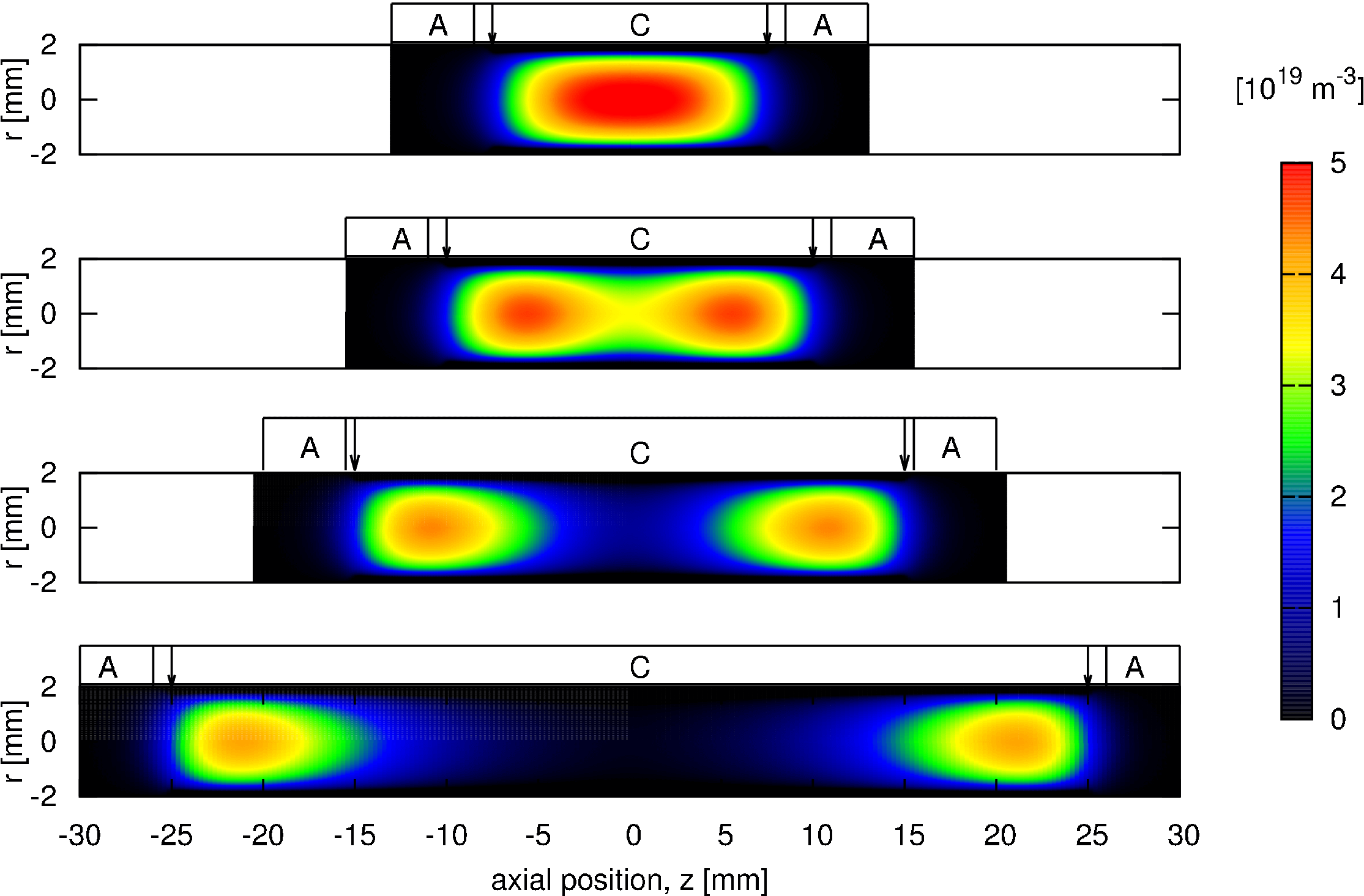 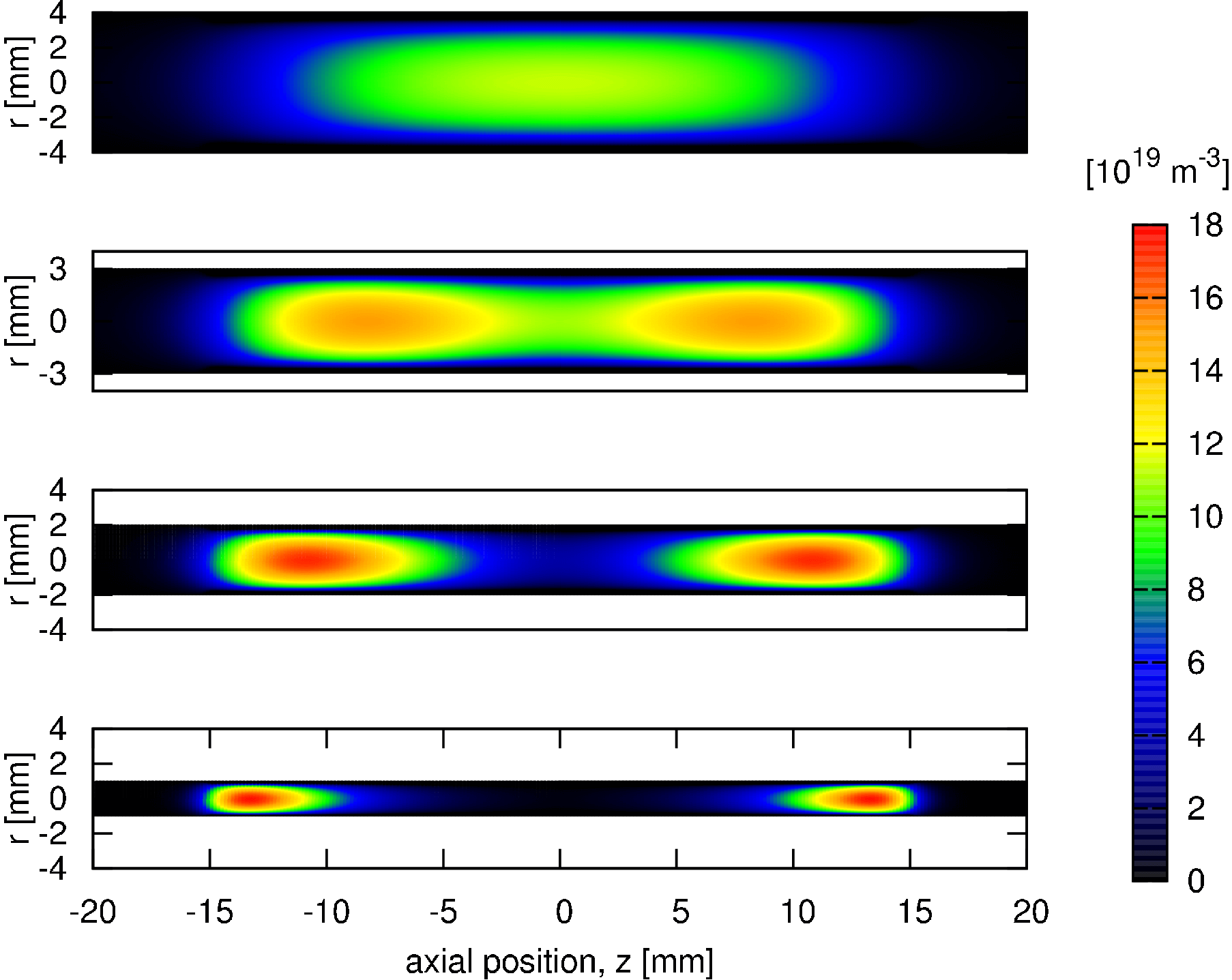 Figure 2: Electron density distribution at different diameters of the cathode: 2, 4, 6 and 8 mm.

The numerical model has been validated by comparison with experimental observations and with an analytical model that was constructed for that purpose. 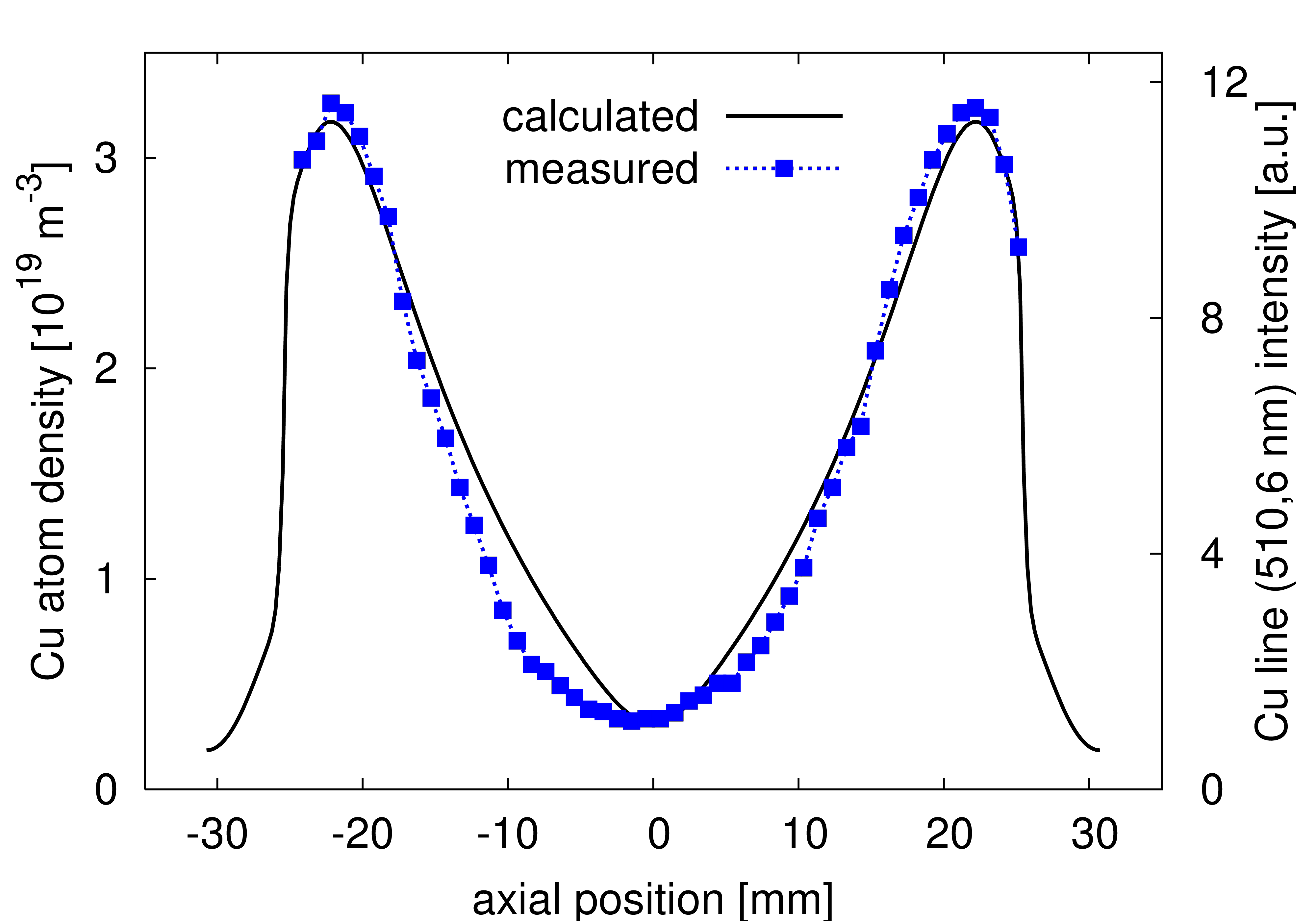 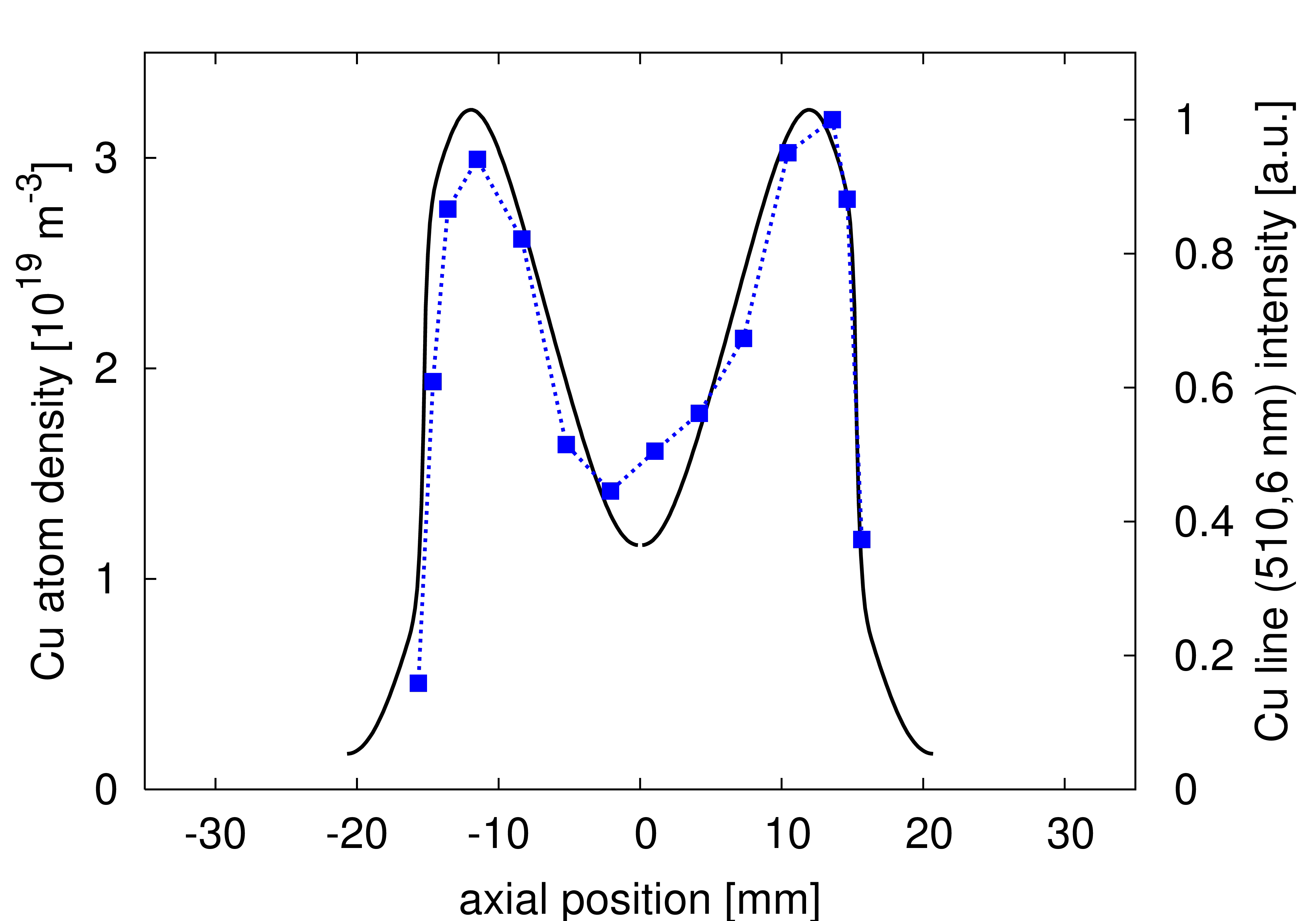 Figure 3: Comparizon of the calculated Cu atom density profiles and the measured emission line intensity profile of CuI 510.6 nm line at different lengths of the cathode. 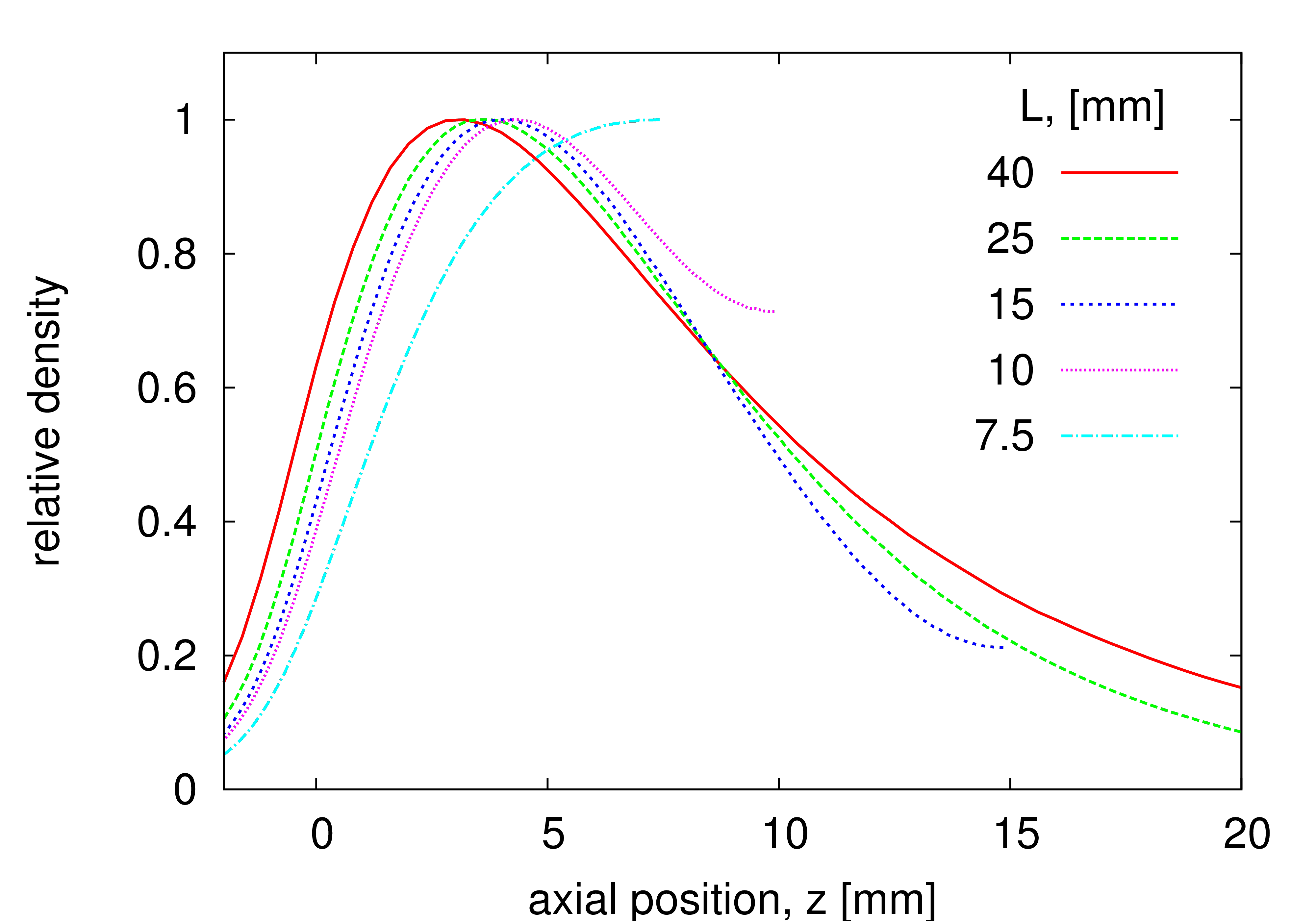 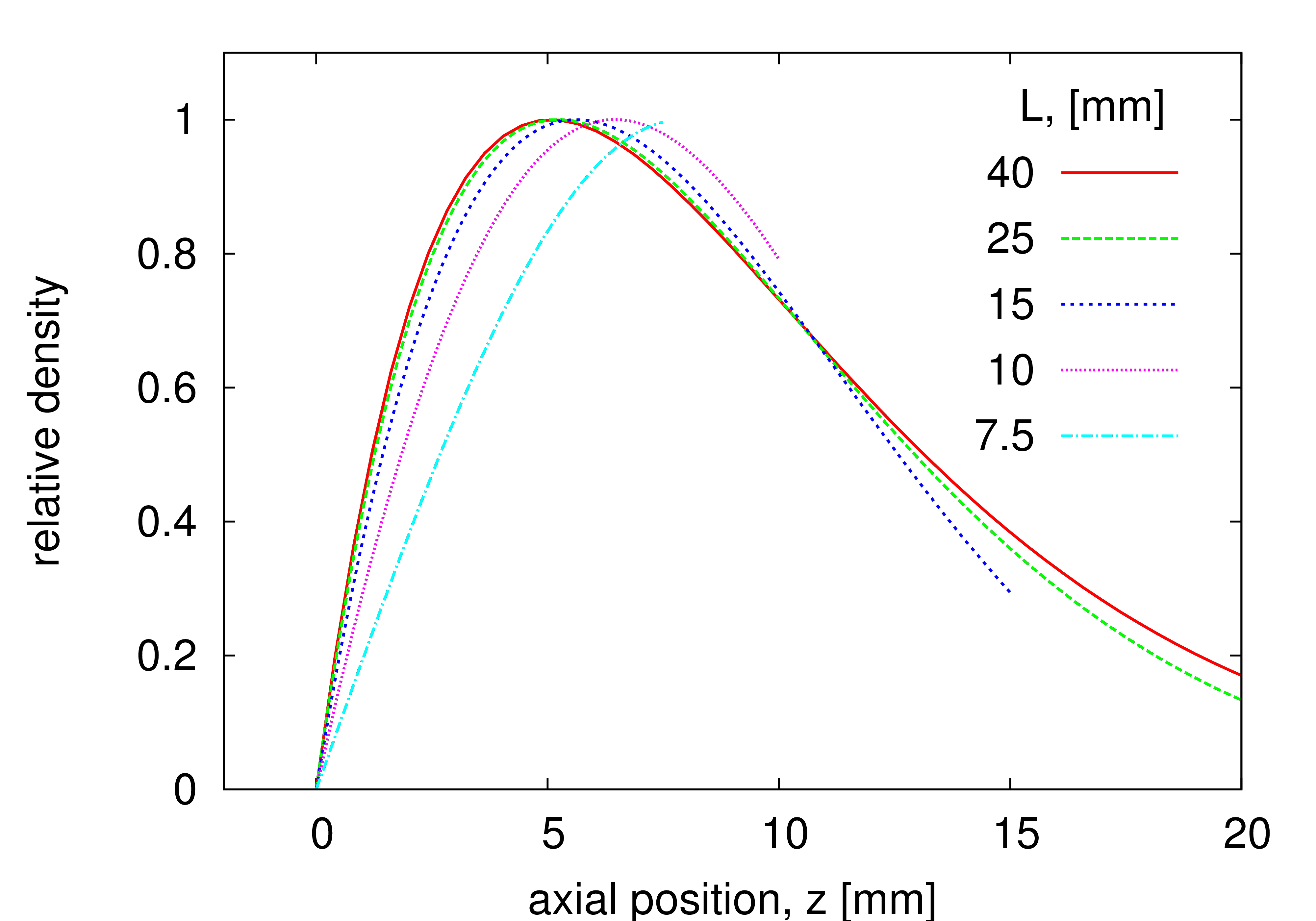 Figure 4: On-axes plasma density profiles from the numerical simulations (left) and from the analytical model (right) at different lengths of the cathode.

In search of the optimum in hollow cathode geometry for laser application, calculations are made for different values of the cathode length and for different values of the inner diameter of the cathode. It was found that decreasing the cathode length leads to more axially uniform plasma distribution. The two separated intensive plasma regions from both edges approach each other reducing the concave in the middle of the cathode. Further decreasing of the cathode length (below 15 mm) results in inversion of the electric field, which marks a transition between the conventional HC and high-voltage operation at the conditions under study. The same effect was observed when increasing the diameter of the cathode (inverse electric field) and opposite - the same effect of decreasing the diameter as increasing the length (enhanced non-uniformity). The results from the simulations predict a link between the diameter and the length of the hollow cathode. According to the modeling results, the diameter should be around 5 times smaller than the length of the cathode at the conditions under study. In such configuration, the discharge from both sides just start to merge, so that the plasma is more or less uniform while an axial field still exist. If the ration l/d is larger than 5, a strong non-uniformity starts to occur, while smaller l/d values invoke an inversion of the electric field. The possibility to obtain uniform and stable long discharge volume for lasing, is to use several subsequent cathodes as in each segment the the discharge must be as uniform as possible. Thus, the total laser length is unlimited.