Nonthermal atmospheric plasmas have recently attracted much attention due to their applicability in biomedical technology. The main characteristic of such a plasma is that the gas temperature stays low, typically not much more than a biologically compatible 310 K. The electron temperature, however, is several ten thousands kelvin and this leads to the production of many reactive species such as excited molecules, radicals, and ions. These species can react with molecules in the tissue and thereby accomplish the disinfective purpose of the device.

The plasma needle is a small (~ 1 mm) atmospheric, non-thermal, radio-frequency plasma, generated at the tip of a metal wire (see figure 1), which can be used for localized disinfection of biological tissues. The needle itself can be held as one holds a pen and is connected to a gas cylinder and a power supply via a small tube and a wire. This arrangement makes it practical as a tool in future applications such as dentistry and microsurgery. 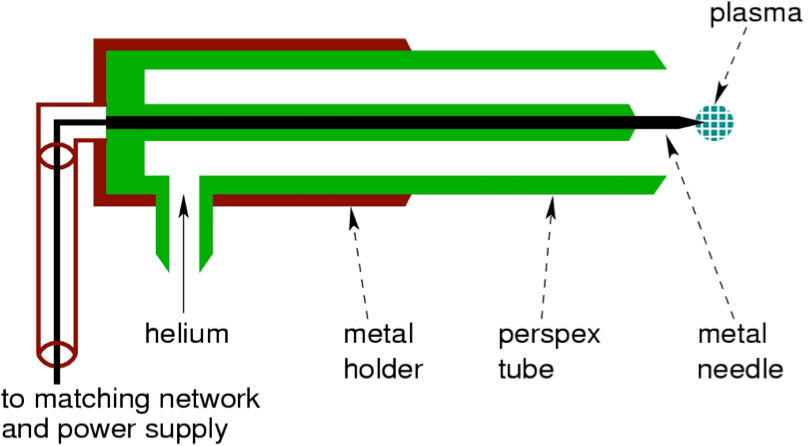 The aim of the research was to describe numerically the plasma properties, and to provide insight in the physical processes that determine those properties. Among these properties are species densities and the production rates for the various chemically active species, as a function of experimental settings such as the applied voltage.

PLASIMO's time-dependent drift-diffusion model is used to construct a model that facilitates in-depth studies of the plasma behavior. The model is based on the fluid approach, solving the mass, momentum and energy balance equations together with Poisson's equation. The operating gas is He with 0.1% admixture of N2 at total constant pressure of 105 Pa. 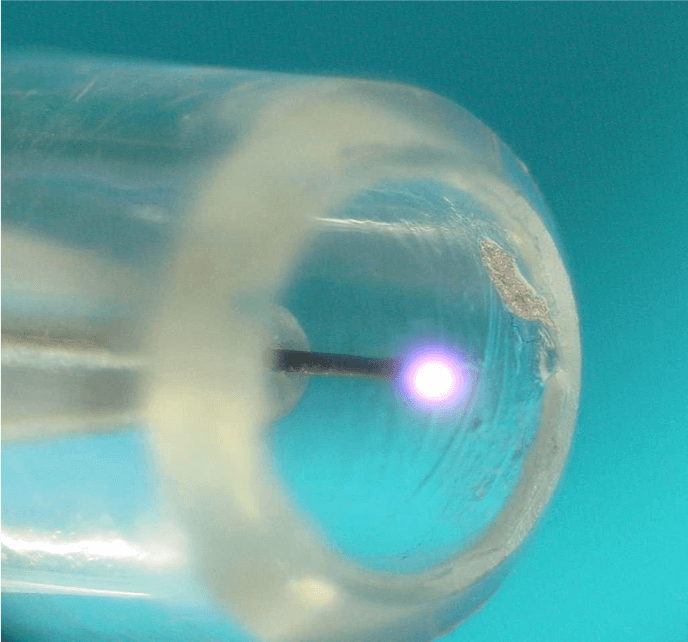 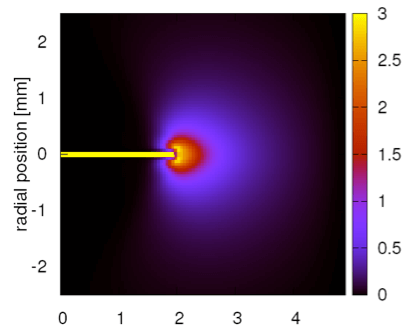 This study has shown that the electron density in the plasma is typically of the order of 1011 cm−3. The size of the plasma, measured by the distance over which the electron density dropped by one order of magnitude, is typically 1 mm. Even at small admixtures of nitrogen, N2+ was found to be the dominant ion. The power dissipated in the discharge ranged from 10 to 100 mW and was strongly dependent on both the applied rf voltage and the distance of the needle to the plane. For higher powers the plasma covered more surface of the needle. These findings are consistent with the few experimental data available.