One of the leading platforms for plasma simulation worldwide developed by 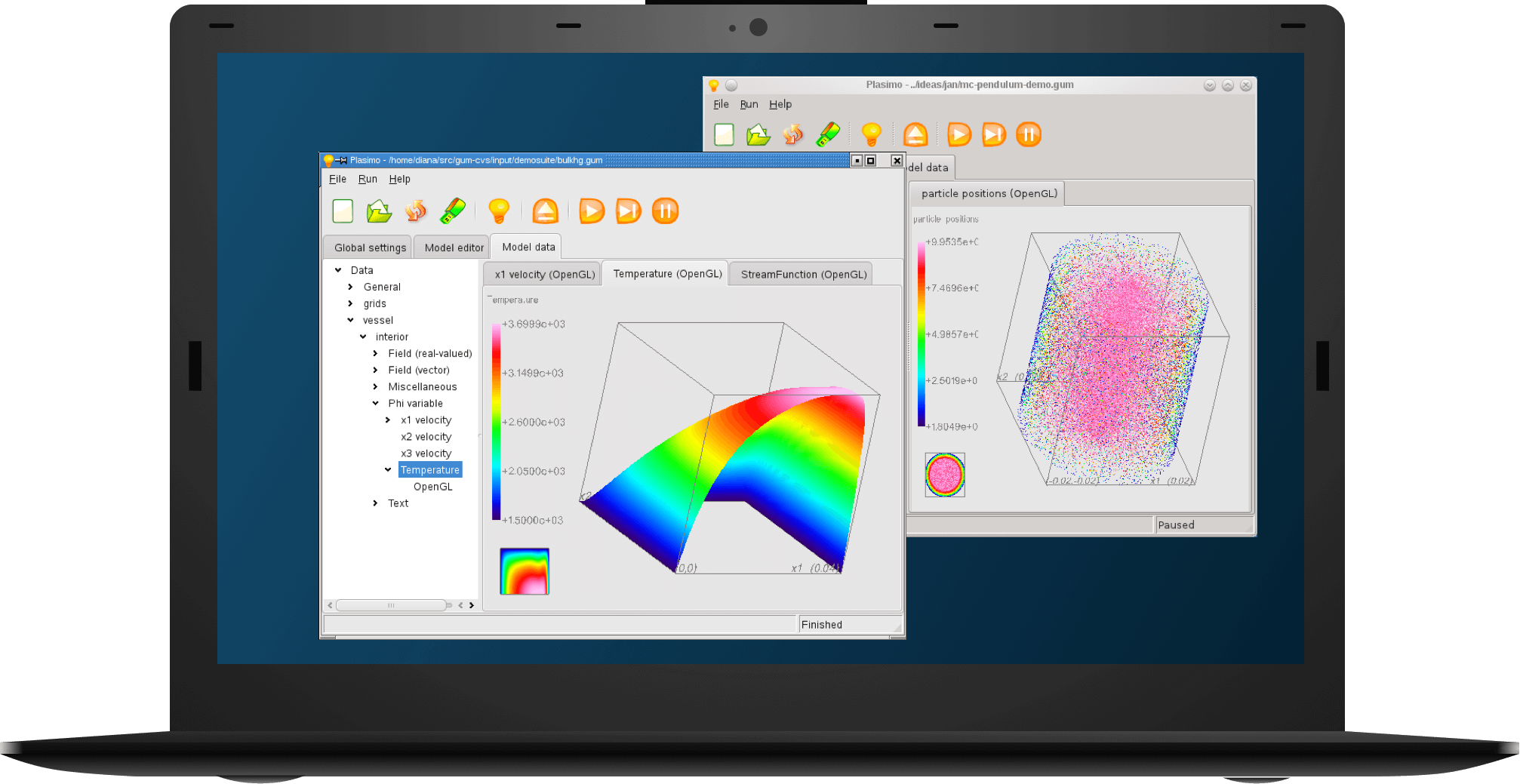 A new Surface Chemistry module is added to PLASIMO. The module can be used to describe reactions on surfaces on which at least one of the steps of the reaction mechanism is the adsorption of one or more reactants (gas phase species). The module calculates the densities of surface species which do not necessarily have a gas phase equivalent. The Surface Chemistry module can be used in PLASIMO's Global Model and Drift-Diffusion-Inertia modules to simulate plasma catalysis.

PLASIMO offers the possibility to perform calculations on unstructured meshes with the optional mesh import from AutoCAD.

PLASIMO offers the option to use inline the free-ware Boltzmann solver BOLSIG+, that has been developed by Gerjan Hagelaar at Laboratoire Plasma et Conversion d'Énergie (LAPLACE) and Université Paul Sabatier, Toulouse, France. In Addition, PLASIMO supports the LXCat format for the cross-sectional data.

See NEWS file for a description of fixes, improvements and new features in this release.

At the dies celebration of TU/e in April 2016, the Eindhoven University of Technology (TU/e) will be honoring plasma physicist Prof. Mark Kushner with an honorary doctorate. TU/e will also organize a one day workshop on input data for plasma modeling with Prof. Kushner as its guest of honor. This workshop will take place Friday April 22, 2016 in the 'Academisch Genootschap' in Eindhoven.

expand
Are you ready to experience PLASIMO?
Request access